In this year, 2016-2017, I participated in five different exploration classes, but I feel like I made changes on three of my exploration classes which are Iron Deficiency, Geology and Climate Change. I noticed many problems in Cambodia, and as a result, I did make impact in three exploration courses, which I still feel great about what I’ve done to develop my country.

One of the main problems that my classmates and I found is iron deficiency in Cambodians. This is a condition, where there is lack of iron in the human body. This condition leads people to have another infirmity called anemia, which especially happen to women and children. We caught this opportunity and started doing plenty of research on iron deficiency through anemia and then we worked with a company called Lucky Iron Fish where they manufacture the iron fish to add to food, water, rice so that when people consume their food, there would be iron that has been released from the iron fish. During this exploration classes, I got an opportunity to go to Siem Reap with my other classmates. It was a very good time to be in one of the greatest tourist sites, I noticed in the rural area, that local Cambodians, looked pretty weak, pale, which indicates that they aren’t healthy. My team and I gave a speech to four groups of people at three different locations. Basically, I shared a basic information about anemia and my friends also shared a different type of information about how to address this infirmity by promoting them to use the Lucky Iron Fish. Lucky Iron Fish has donated us around 500 of their iron fish, and we had donated about 400 fish to the villagers so that they could use it and making themselves become a lot more healthy. Generally, from our presentation and the show, I feel like people really learned about this topic and know what they can do to prevent themselves. Based on what I’ve done in this exploration, I feel like I made an impact to my country and as the result, people knew what to do to prevent themselves from iron deficiency anemia.

Recently, there are oodles of news about climate change which is a conundrum that continue to occur for the whole world. World become warmer, some strange phenomenon happen that makes the whole wide world become very bad. This gave me an opportunity to learn in an exploration class call Climate Change. I knew that after this  There are three different we participated in the competition called Polar Bear International, so we were trying to find the solution to reduce the carbon emission. We set an experiment to see how many food that Liger have wasted during the school day, and we observed that there were plenty of food wasted for three weeks. We collected the data and started making a fun video about food waste message to educate people not to waste their food because if they waste their food, they will increase the carbon emission into the atmosphere which isn’t a good thing for the environment. After people have watched our video, it seem that there weren’t that many food wasted like before, which I really feel excited for what I’ve done. Moreover, I didn’t just educate the people in the school about food waste, but I also told people in my community about food waste and they really do not wasted many of their food. Also the video that my team and I have produced, have been in the competition and published onto Youtube, which I hope it would teach people not to throw their food away. Came out to an end, I feel like this was a significant impact to the whole world because this is the problem that need to start the action right now if we all don’t want it to get worst.

Another impact from this year is to be involved in an exploration called geology in Cambodia. First of all, if you would ask the Cambodian people what is geology, they would know nothing about it because it isn’t a subject that you most likely see in Cambodia and even myself, I also have no idea what this subject is. The first day I started in this class was pretty boring because I feel very confuse, but furthermore I started to be interested with this subject and understood more about it. We went on three different trips to study different types of rocks in Cambodia and how it form. After that we started to post the information on Facebook on what we have learned, because we realize that a lot of people in Cambodia are using Facebook, which is the reason why Facebook was our priority. Many people have read the information from what we posted, which I feel like I made a little change in the country by introducing this new subject that people have had no idea about to them. I think this would be a helpful thing because geology would be a part of the essential subjects in Cambodia. From what I’ve done in this exploration, I didn’t just learn about this subject, but I also made a very effective change to Cambodia, especially to the high school students who would faced geology in some part of the school’s curriculum subject.

In conclusion, according to what I have done this years, I have made three effective impacts to my country which were promoting people to use Lucky Iron Fish so they could become healthier, helping people to diminish their food waste and introduced people to learn more about geology. Even though the impacts aren’t very much, and there still problems in this beautiful country, I encourage everyone to start taking action and work on their own way and while I work on my own way so everyone could bring peace and a good progression to our​ pathetic country. Throughout what I’ve done this year, I feel very excited about it because I think that I am of the agency of Cambodia.

This exploration is called VIP which stand for Visitor Information Palace. During this exploration we were turning the shipping container into the information palace. To get this done we divided into four groups and I was working in a group that design the VIP and the outside part. Some of my teammates and I are helping to clean the container to turn it into a nice place. I also learn how to use blender because we use this skill to design the plan for Liger campus. I also create a Liger Learning model. Creating Liger Learning Model was very hard and spend a lot of time because the Liger Learning Model needed to be in Khmer and English. It was very complex to get things done, but it was also very fun to collaborate and create a very nice place for people to get some information about Liger. 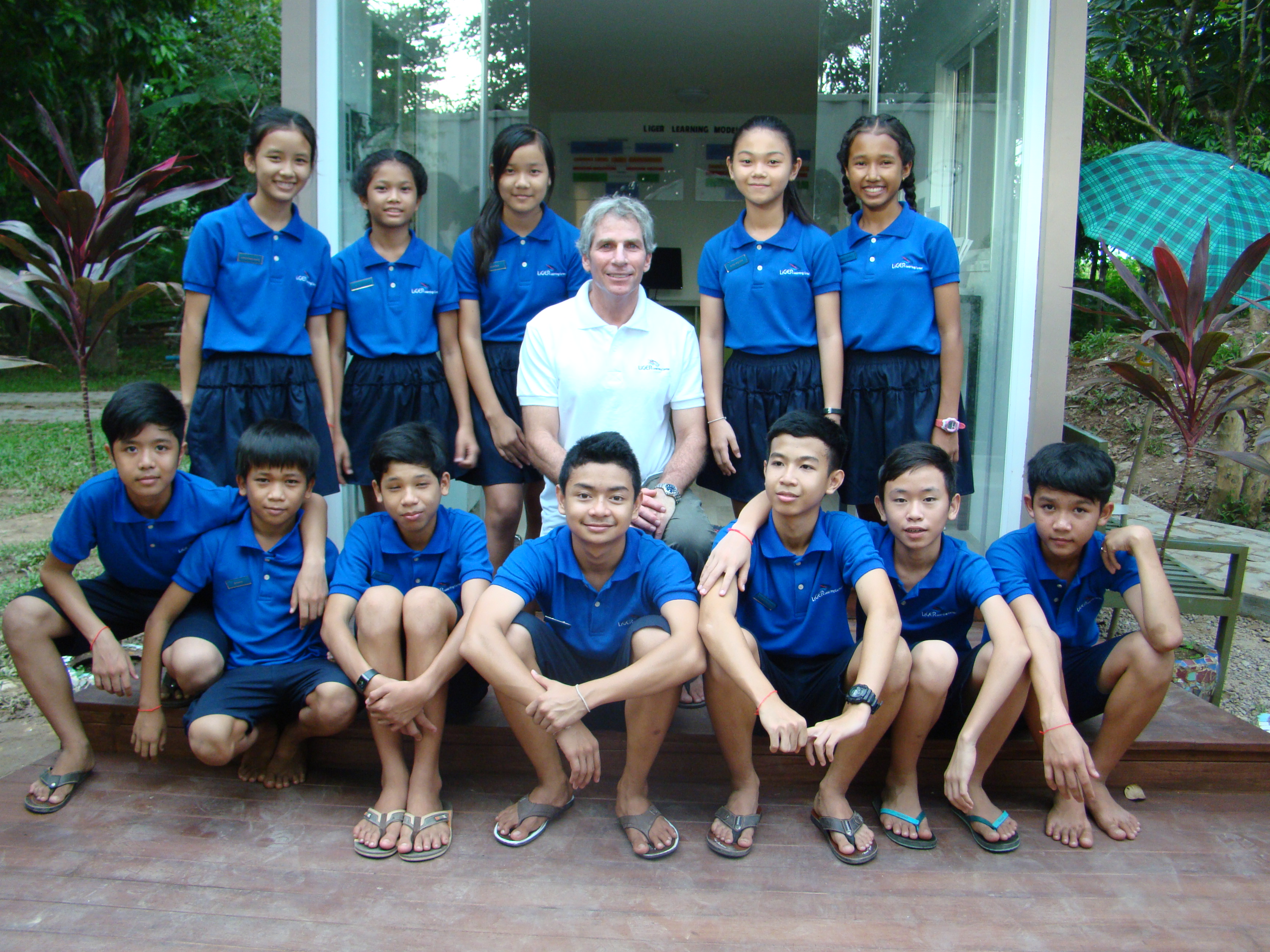 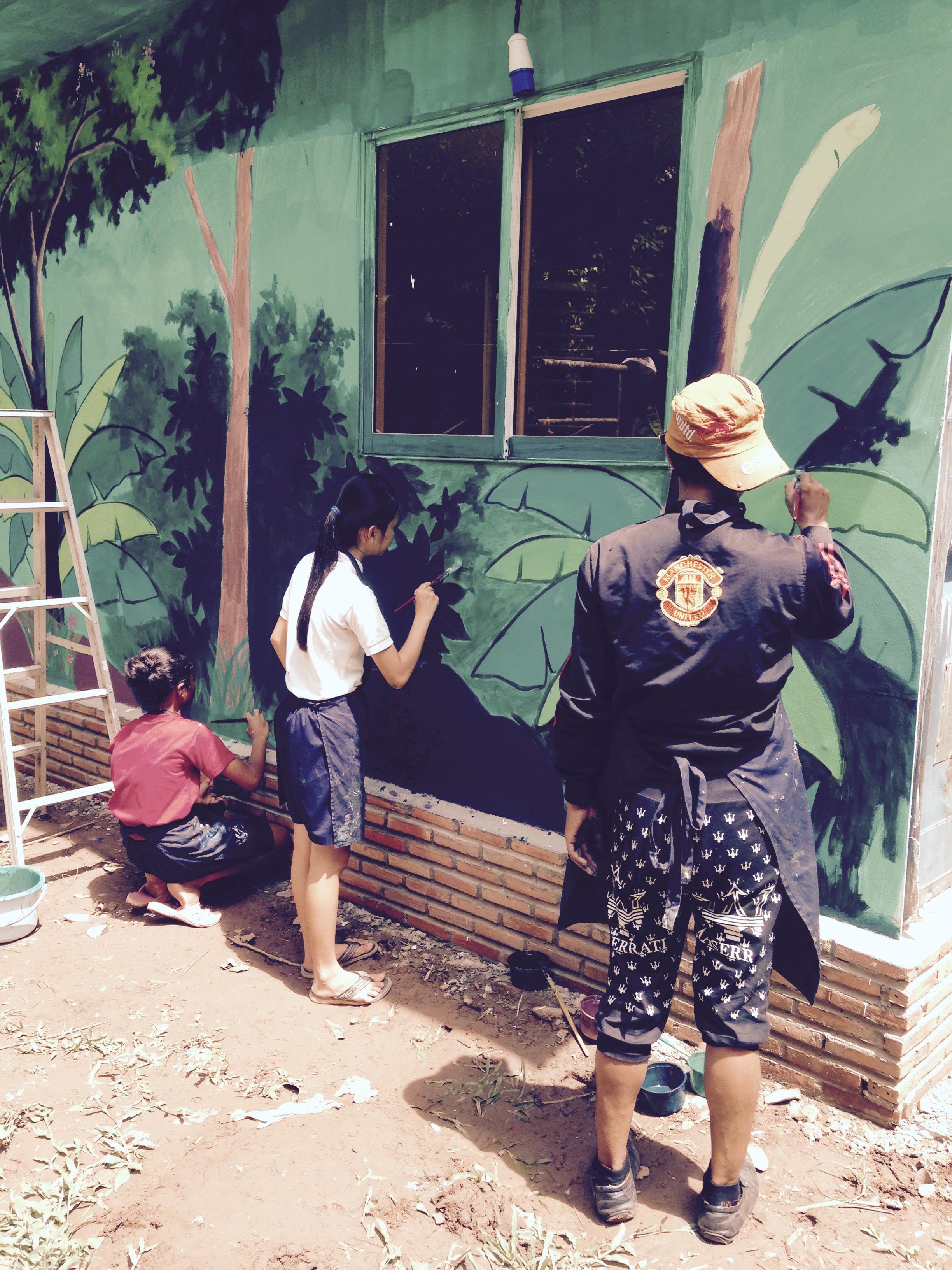 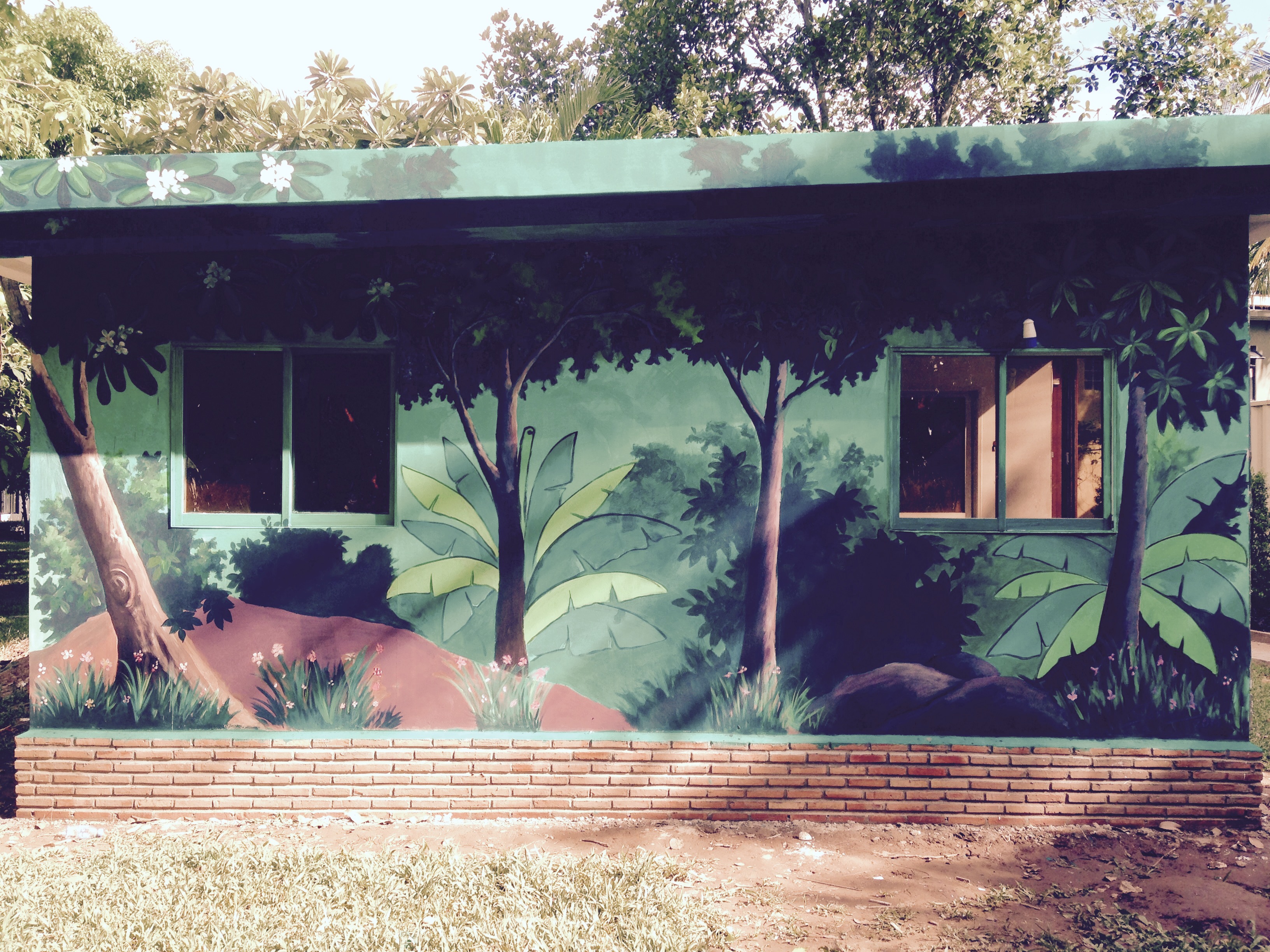 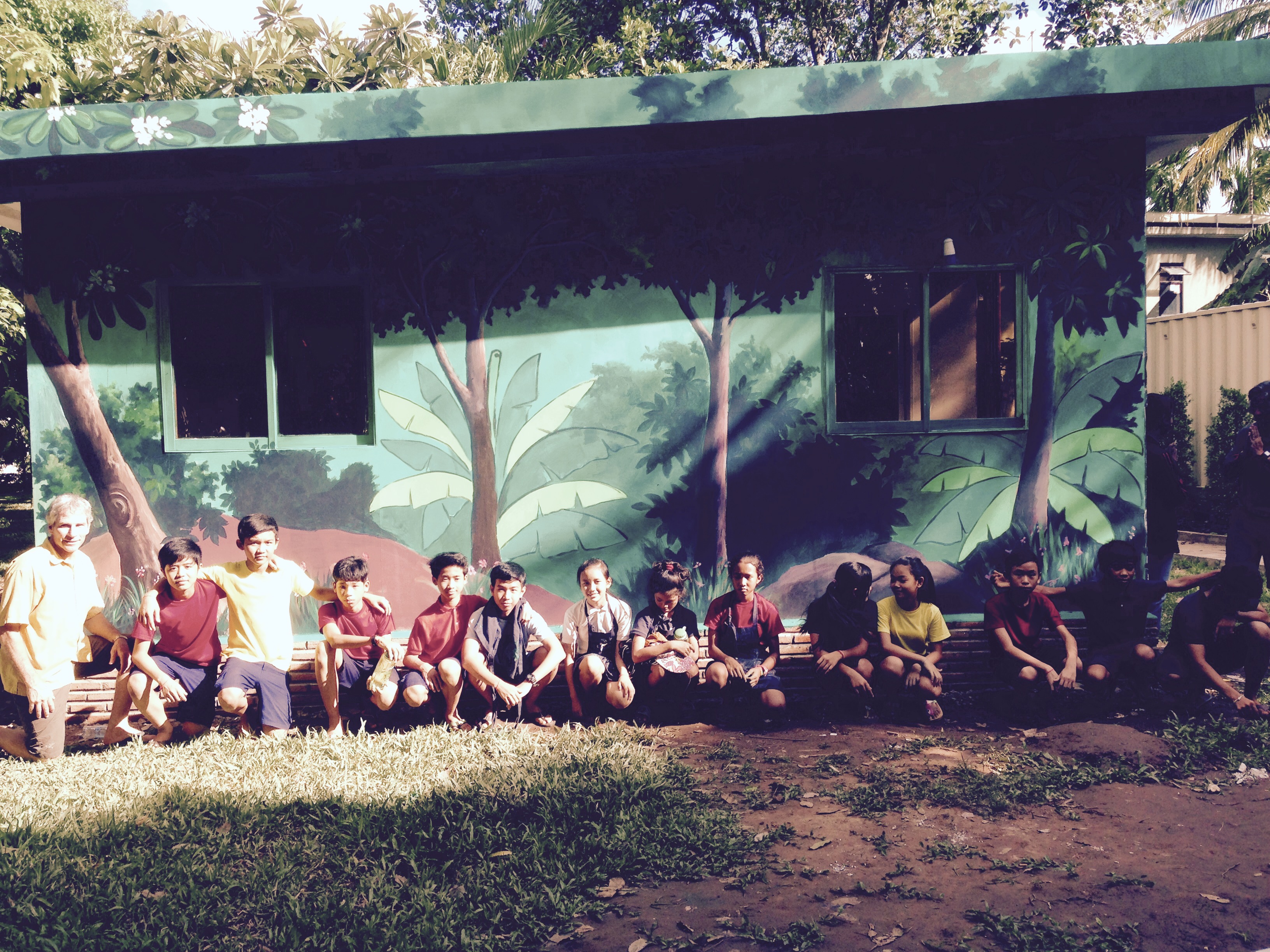 I go to an unusual school. The school is called The Liger Learning Center LLC. It is located in a suburb of Phnom Penh, the capital city of Cambodia. This school is very different to the schools that I’ve learned at before. Some of the physical difference are like the environment, buildings, swimming pool and other places. Liger has a lot of trees and other plants that made it look very natural. Liger had selected 50 students out of  over ten thousands of students from many provinces in Cambodia. The students need to pass several tests that Liger gives them. There are local teachers and overseas teachers. In Liger, we learn two languages and they are Khmer and English. Right now the students are learning one subject that’s different from the government school and it is called Exploration. Exploration is the class that have about 10 people that are working on a project. We study exploration by going outside of the campus to learn more. it is having an overnight trips to other provinces to explore the real world. It is my pleasure to become a student in Liger. I will try my best and study hard at this unusual and amazing school.