During the English literacy class, every student are doing the Narrative Writing. The theme for this writing is coming of age. But before writing this narrative, I did a research about the coming of age in Malaysia which is mainly for girl to do a ceremony to indicate that they are mature. My topic is to be seperated from my dad, which was a miserable moment. My coming of age depict my life when the time between my dad had I ended. Inorder to write this narrative well, it require the effort of learning some grammar, such as how to use different kind of clauses. Also the narrative writing should encompass some sensory information.

Below is the wordle of my narrative writing. 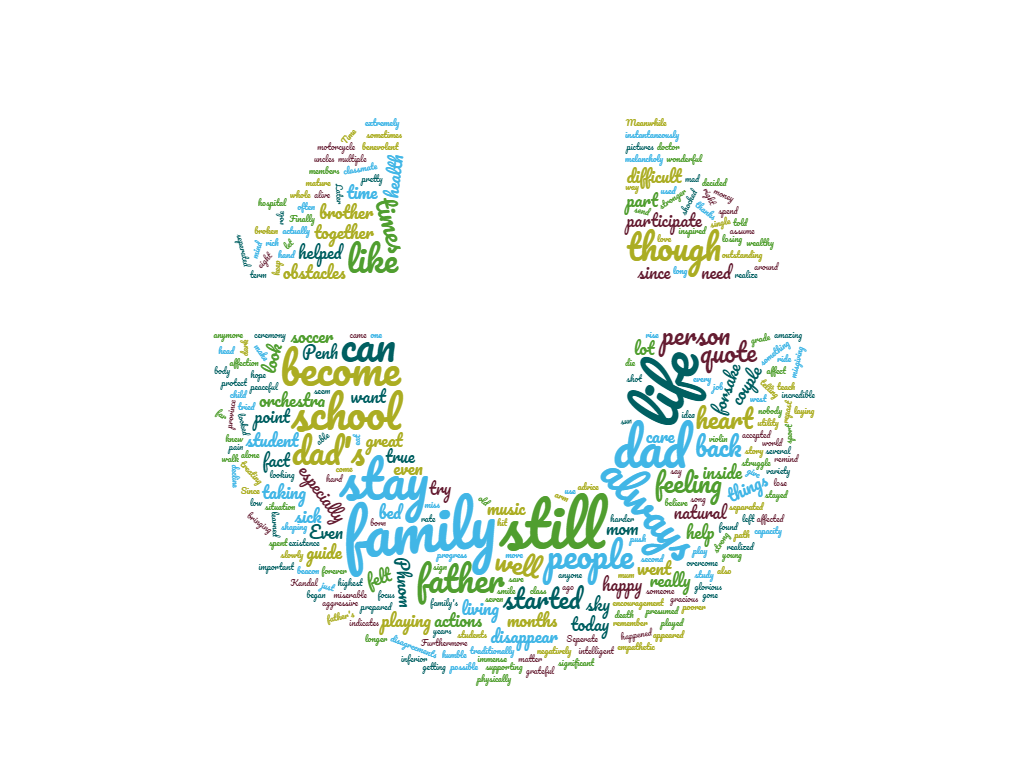 In Khmer literacy class, we’re doing a project called research paper, but we only do research on the definition of a word phrase from several sources such as Cambridge dictionary, Oxford dictionary, Samdech Porthinhean Chuon Nath’s Khmer Dictionary and more. The reason we’re doing this is because it is a good experience for us when we’re gonna be a college students.

This year in math, I am taking a math course called AP statistic for the essential math. AP statistic is college level of math which really a very great challenge for me. Sometimes it is very difficult to comprehend some of the context because it requires some of writing not just answer math problem. Another exciting and also very challenge is to learn how use a TI 83 calculator. This calculator is very amazing because it is very unique compare to the calculator that I have seen because I can graph a scatter plot, histogram and more . To be a great student in AP statistics class require you to study from multiple of sources such as Khan Academy, Ck 12, Textbook, Testbook and more. AP statistic is a very advanced math so it requires a lot of effort and comprehension to some of the reading. 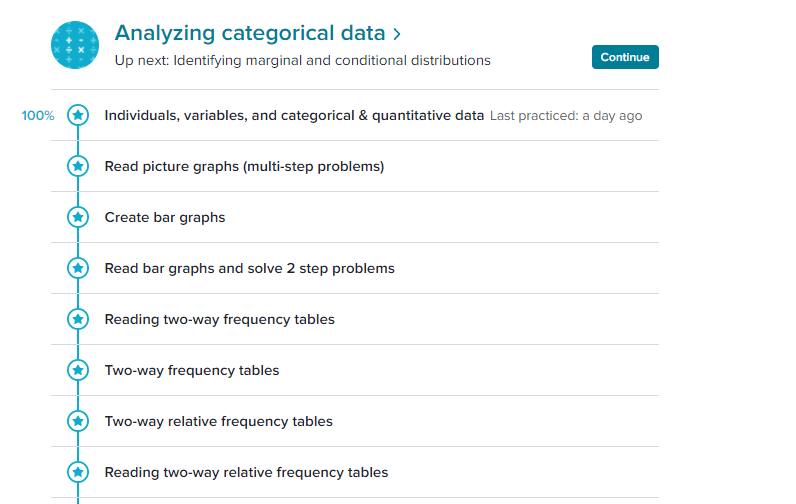 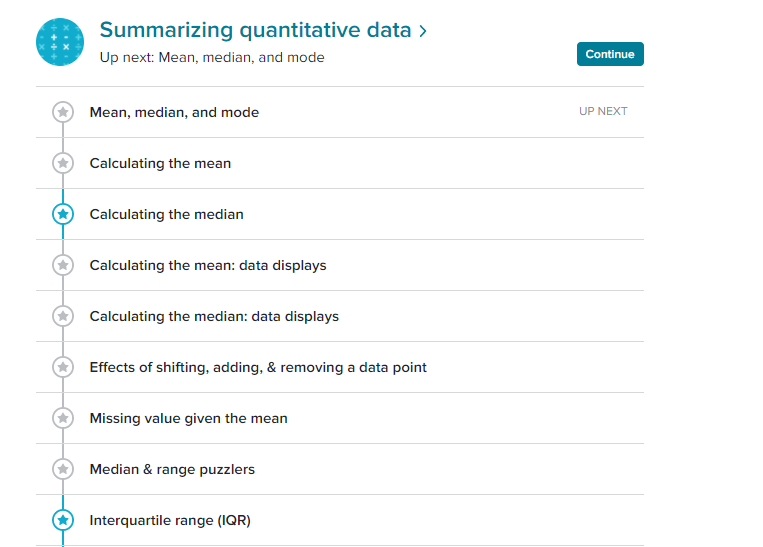 Here are some of the questions in AP Statistics: 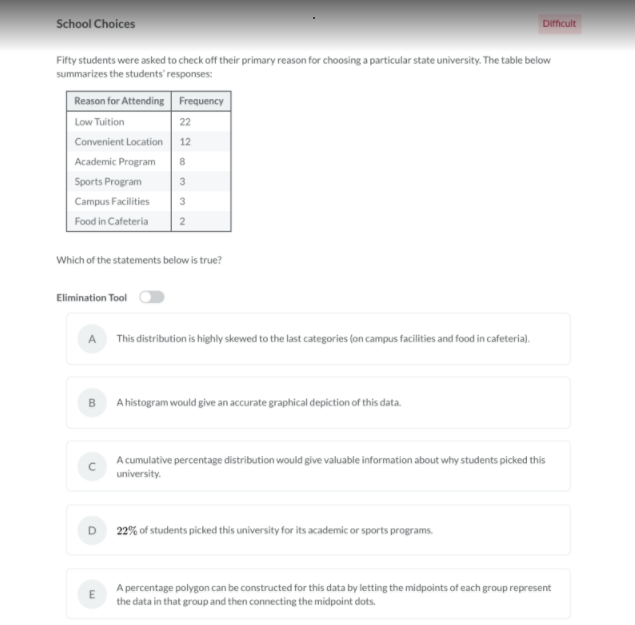 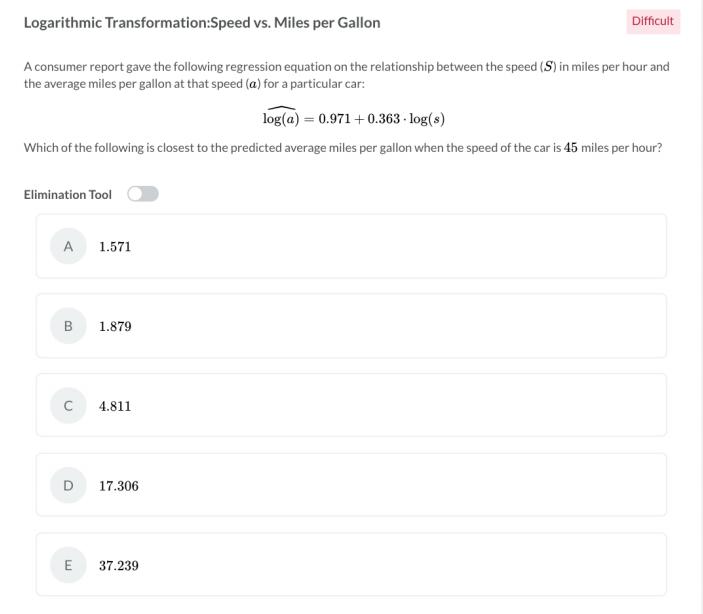 On the 18th of October, I had a physics lab about inclined plane, where we need to test all different materials to figure out the coefficient of friction. 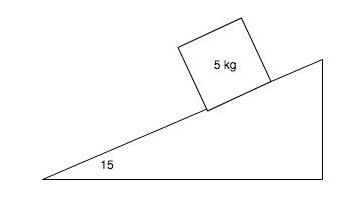 There are seven objects which are five types of different sandpaper, cloth and wood. First of all we let the paper clip box on the wood and also the other six objects one at a time and see at which angle will the box start moving. We did three trials for one object and figure out the average angle. We use the average angle as ϴ (theta) to figure out for the coefficient of static friction. After that we just got to follow our equation which is F_g sin(ϴ) = μ*F_g cos(ϴ). Then this equation will become (F_g sin(ϴ))/(F_g cos(ϴ)) = μ. As F_g cancel out it will left sin(ϴ)/cos(ϴ) = μ, which is the same as tan(ϴ) = μ. Lastly we just replace the ϴ with the average angle and do the tangent of the angle and it will give the value of μ which we can also called as coefficient of friction. Then we just repeat the same thing to the other objects. 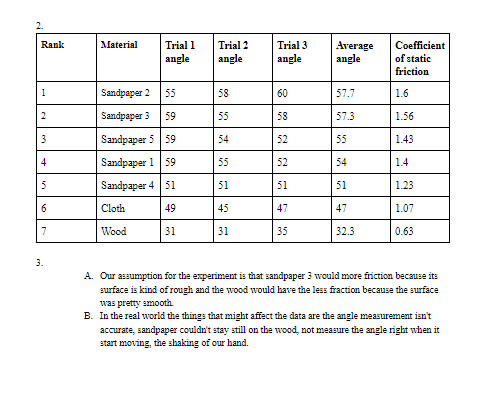